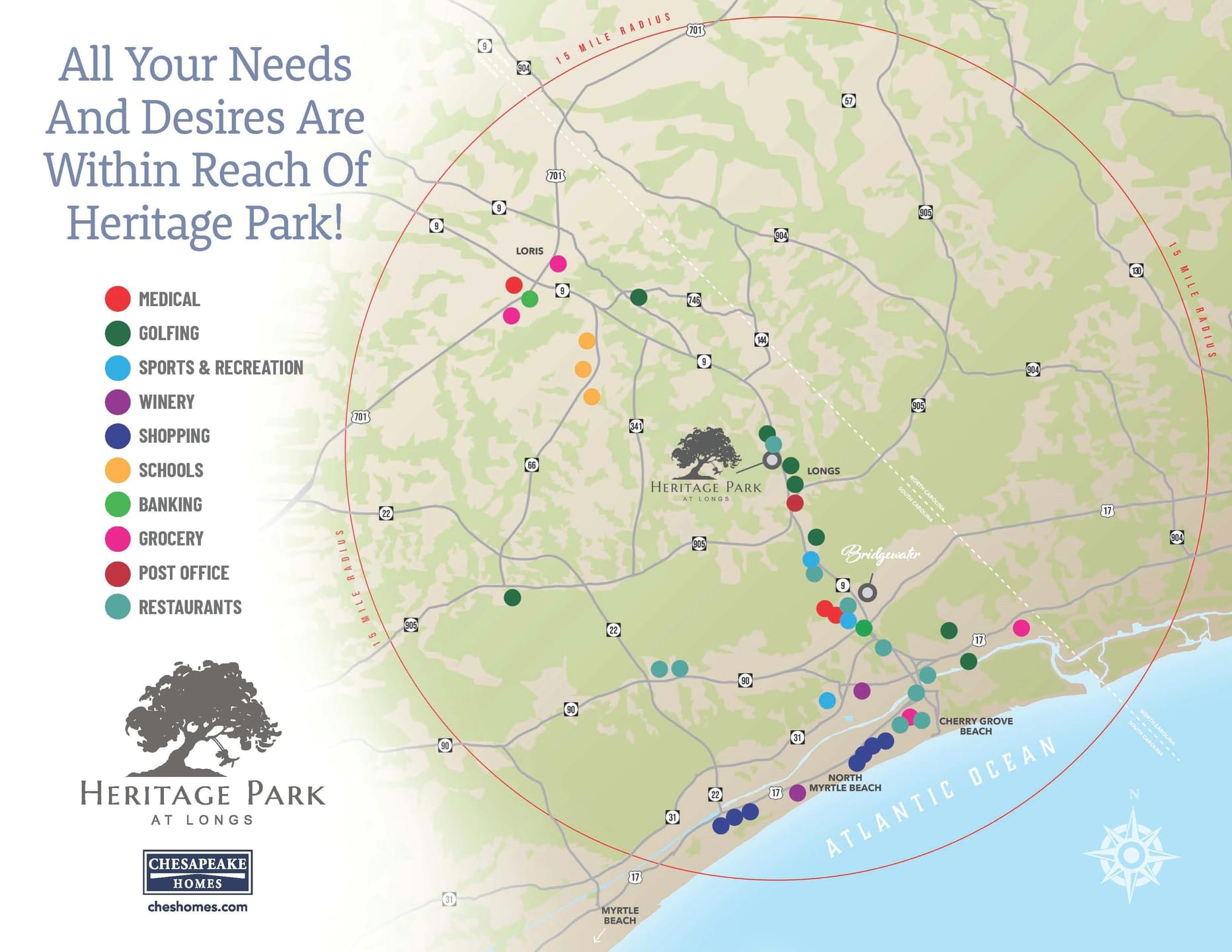 Heritage Park in Longs, SC - The Location you've been looking for!

The population of the greater Myrtle Beach area increased by 32 percent the previous decade, making it the second-fastest-growing metropolitan area in America.  That growth brought significant change, nearly all of it good. With the Atlantic Ocean nearby and an ever-expanding array of attractions, the Grand Strand is more alluring than ever for families and retirees who enjoy an active lifestyle and the area’s sub-tropical climate.  The only downsides to the growth have been the accompanying congestion and the rising cost of housing close to the coast. For those who want the best of all worlds - access to the Grand Strand’s abundant activities, the area’s casual charm, and a development that delivers immediate value to homeowners - Heritage Park, a new Chesapeake Homes community, is the perfect landing spot.

Located in Longs just off Highway 9, Heritage Park is just minutes from the best of North Myrtle Beach.  The brand new neighborhood offers residents nine floorplans, ranging in size from 1,200 to 2,200 square feet, that provide homeowners a plethora of options and upgrades, including second-story bonus rooms, walk-up storage and game rooms.

Heritage Park will also feature a large complement of amenities, including a pool, bocce ball, pickleball courts (you have to play, pickleball!), and sidewalks throughout the community, making an evening walk that much more pleasant. Did we mention residents are just minutes from some of the best public golf courses in America?

Heritage Park is still in its infancy but model homes are open and quick move-in opportunities abound. Longs is an ascendant community and Heritage Park is one of its shining stars, providing residents easy access to the good times of the beach and a laid back pace of life.

Given the appeal of Longs, Heritage Park residents, particularly those who purchase early, will likely accrue equity quickly, all while enjoying one of the area’s premier new communities.  What are you waiting for? Heritage Park is a lifestyle choice people love! 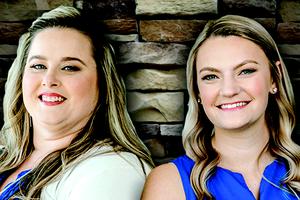 Our New Home Consultants Stephanie and Mackenzie are here to help you find the home of your dreams!
Fill out the form below or call us at 757-550-2617

We have received your message and will contact you momentarily. 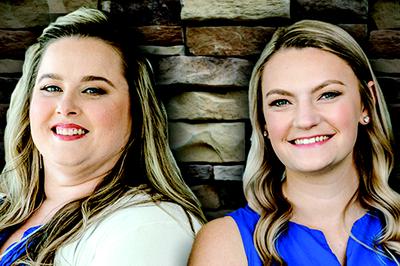